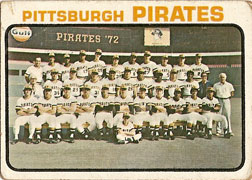 About This Card
The Pirates team card is another example of the wide range of conditions in my set.  The card is yellowed and the corners and edges are worn.  The condition is never really important to me as far as trying to build a MINT set, but it does give me a sense of history and longevity of each individual card. 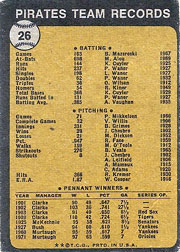