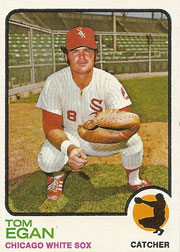 After a horrid 1972 season in which he batted .191, Egan was sent to the minors and spent the entire 1973 season with the Iowa Oaks of the American Association.  Egan was selected by the Angels in the Rule 5 draft prior to the 1974 season and remained on the big league roster for the next two seasons. 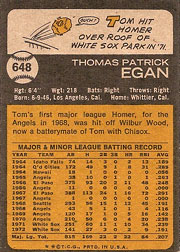