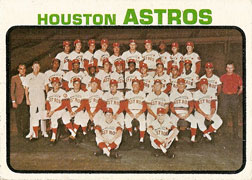 About This Team
The Houston ball club was first established in 1962 as part of a National League expansion, along with the New York Mets.  For their first three seasons, the team was called the "Houston Colt .45's."  The team changed its named to the "Houston Astros" to emphasize Houston's role in the space program in 1965 as they moved indoors to the Astrodome, baseball's first indoor stadium. 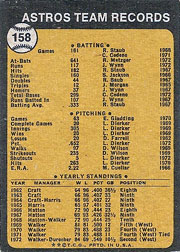